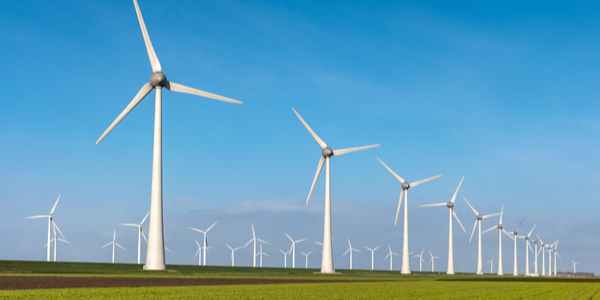 Iberdrola is planning to invest more than $10 billion for developing three offshore wind complexes in Massachusetts. Moreover, the investment will bring thousands of new job opportunities in the state.

Iberdrola’s Chairman Ignacio Galán came up with this announcement at a meeting with Massachusetts Governor, Charlie Baker. In addition, Galán explained the company’s growth plan in the United States during the period of 2020-2025. Spanish energy company will double its renewable generation capacity and boost the country’s decarbonization. Secondly, Iberdrola chairman Ignacio Galán agreed to develop three offshore wind facilities. Each facility will have a generation capacity of 2.8 GW along with a 1.2GW interconnection line. The investment is likely to double the country’s clean energy capacity. Moreover, it is also in line with Biden administration’s decarbonization efforts.

“Our projects in Massachusetts will be fundamental to achieving the US’ goal of reaching 30GW of wind energy by 2030, and with them, we will generate industrial development and employment”. Iberdrola chairman Ignacio Galán expressed his views in a statement. Moreover, the new Iberdrola electricity projects will meet 35% of state’s electric demand. Spanish energy company has already installed 10,000 megawatts of renewable energy in the United States. They are serving a population of almost 10 million people. Their existing network of 8 distribution companies is operating in the states of New York, Connecticut, Maine and Massachusetts.

The projects are expected to create nearly 4,000 jobs during their construction phase. Energy giant got the project through one of its subsidiary named Avangrid. Avangrid has also secured a contract for the 1.2GW Commonwealth Wind offshore wind farm in Massachusetts. The project involved a investment of $4 billion. Moreover, n December last year, Iberdrola announced to create 11,000 full time new jobs through the project. Recently, Avangrid started building the 800MW Vineyard Wind One offshore wind facility. The facility is located around 15 miles south of Martha’s Vineyard.

Browse for job opportunities in the United States

Getir is planning to create 6,000 jobs in UK