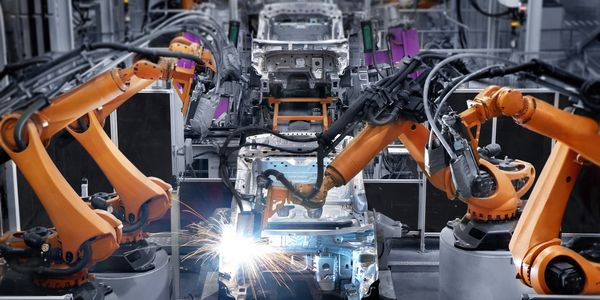 Many industries including leisure and hospitality, retail and healthcare are facing the acute crisis of labor shortage. Hence, companies are finding it difficult to retain and attract workers. However, in these testing times the importance of automations and robotics have gained significant importance. IBM conducted a study recently and it showed that AI-driven intelligent automation in the retail sector alone will leap from 40 percent usage to more than 80 percent in the next three years. Thus, the pendulum is quickly shifting towards automation as a key driver of economic growth.

It is a long time concern that robots will minimize human intervention and will ultimately replace humans at work. Covid-19 has caused an economic disruption and there is now an increase in remote working culture. In United States robot orders have hit an all-time high as many companies struggle to recruit staff. Factories and industries in North America ordered a record 29,000 robots during the first nine months of 2021. This is an increase of at least 37% as compared to previous year, according to the Association for Advancing Automation (A3).

Employment of fixed-function robots is becoming a norm. it is a common feature of factory production lines helping them to manufacture them everything from cars to food items. According to a report from World Economic Forum, pandemic induced recession along with automation growth is causing a double disruption. Interestingly, this short term Covid driven disruption is promoting the culture of remote working. Therefore, this has accelerated the rate of technology adoption.

Traditional Jobs Will Fade Away

Cloud computing, big data and e-commerce adoption is expected to continue growing in the coming years. By 2025, cloud computing among companies that have taken part in the annual survey is expected to increase by 17% on 2018 levels. AI, machine learning and big data specialist jobs are in high demand. The analysts and scientists that can interpret data. On the other hand, several traditional jobs are disappearing. They include administrative to accounting functions, assembly line work to bank tellers. Above all, the World Economic Forum predicts that automation will create 58 million more jobs than it displaces.