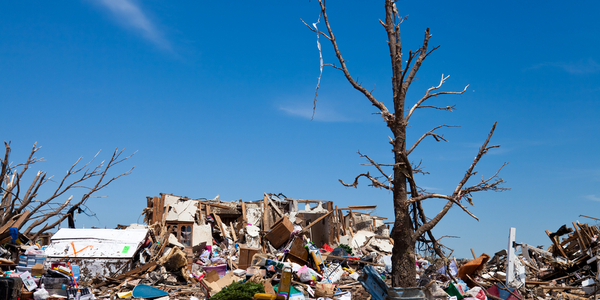 At least six states in United States witnessed a catastrophic tornado during last week. In a major blow, a candle factory in Mayfield was destroyed. A few buildings are left standing in the town of about 10,000.

Workers are Blaming the Supervisors

The employees of the factory heard the warning sirens and alarms. They wanted to leave the building to find a safe place for themselves. However, at least five workers stated that their supervisors warned them that the company will fire them if they leave. The workers further claimed that the news of the storm was spread hours before their shift started. At least 15 workers seek permission for their managers to let them take shelter at their homes. But the managers and supervisors denied their requests.

Some of the workers left their shifts against the directives of their supervisors but many stayed back. However, at least eight people died in Mayfield Consumer Products factory which makes scented candles. The factory was destroyed by the storm and only that is left is rubble. The pictures and videos of its remains is depicting the enormous magnitude and destruction power of the tornado. The employees said that their supervisor threatened that leaving will jeopardize their jobs.

There was a three to four hours window between first and second emergency alarm. The employee must be allowed to leave for home during that time window. Initially, the supervisors did not allow to leave the building because of the safety precautions. During that time, they kept everyone in the bathrooms and hallways.  However, once they felt that that threat has diminished, they sent everyone back to work. Anyone who wanted to leave must be allowed to do so as there was ample opportunity for the employees to reach home safely. An employee Haley Conder, 29 said.

On the other hand, the company officials denied all the allegations aimed towards them. “It’s absolutely untrue,” said Bob Ferguson, a spokesman for Mayfield Consumer Products. “We’ve had a policy in place since Covid began. Employees can leave any time they want to leave and they can come back the next day”. He also stated that it is untrue that the managers told employees that their jobs are at risk if they leave the work. Ferguson said managers followed a series of safety drills of Federal Emergency Management Agency and the Occupational Safety and Health Administration. “Those protocols are in place and were followed,” he said.